At this moment, the national Republicans are in such finish Chernobyl meltdown that I don't know where to start examining it.

1. The stance taken by W and the Senate on illicit movement is essentially unpardonable. Force Line tears it separated here. It's a risk to national security just as awful as al Qaida, or have you missed the "Los Angeles, Mexico" boards and the Mexican signals in Los Angeles? A meeting necessity for Mexico before even a fringe wall is assembled (it doesn't mind the movement enacted programmed automatic rifle turrets and Cylon centurions with Gatling weapons that I need)? You're joking me. The House Republicans looked to be salvageable in this respect however ...

2. The, uh, "heating pop" found in the refrigerator of Democrat William Jefferson has them cratering too. The reaction of Dennis Hastert and John Boehner to the FBI pursuit of Jefferson's business locales is very nearly as reprehensible as W's position on illicit migration. "You can't seek us! We're Congress!!!" 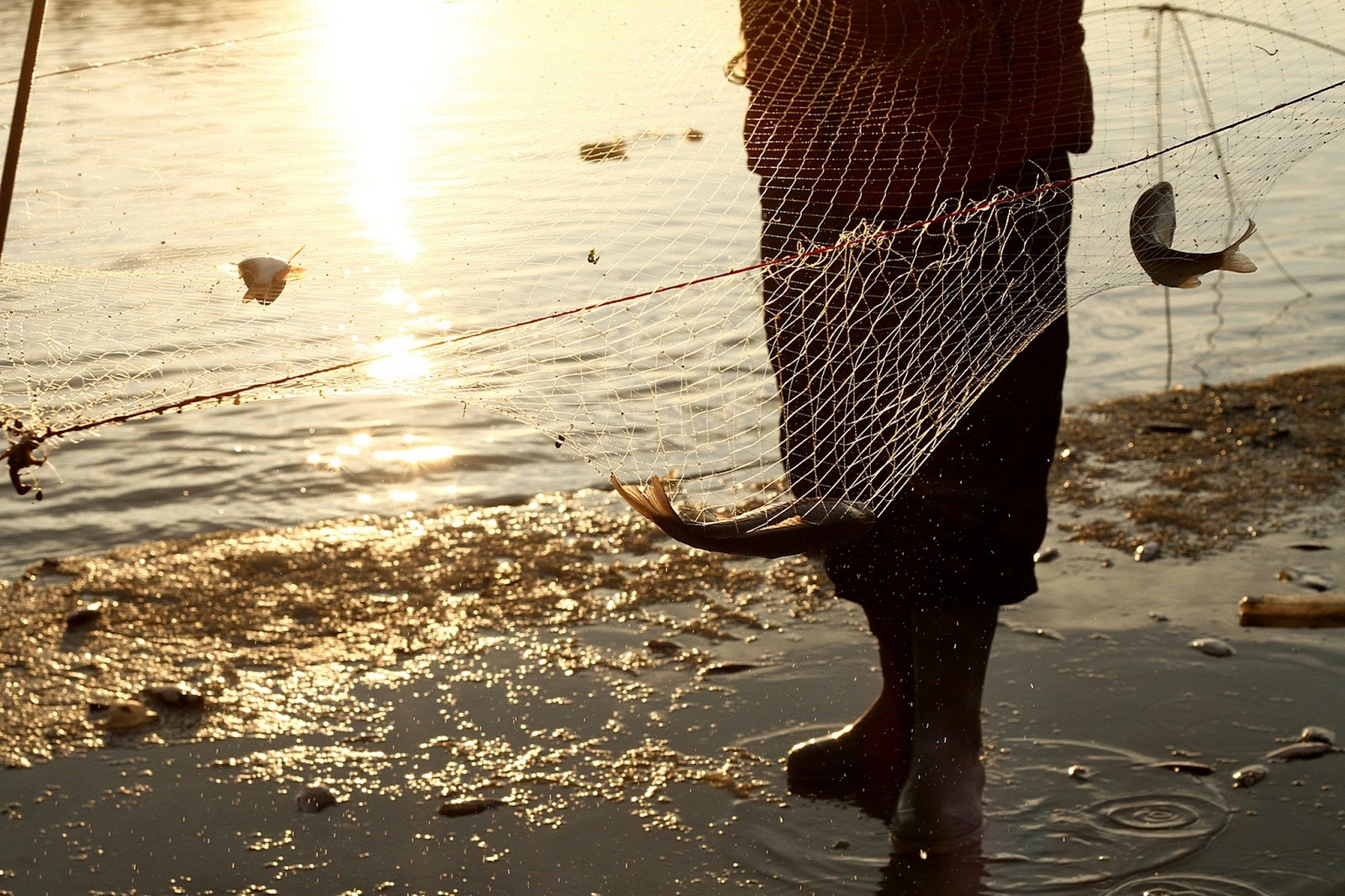 Obviously, it was precisely this sort of considering (see, e.g. House Post Office, check kiting, and so forth.) from the Democrats that got the GOP chose to control of Congress in 1994 in the first place.

Recently, ABC reported that Hastert was currently under scrutiny. That charge is currently breaking apart.

Presently W has requested the Jefferson prove incidentally fixed. Skipper Ed supposes its a decent thought. Wizbang does not. I have a tendency to concur with Wizbang. The meltdown begins to happen to China Syndrome extents with these most recent activities.

Be that as it may this example of occasions is bizarre to the point that I'm beginning to turn into an intrigue scholar. My first thought when the Hastert story softened was that somebody up the organization released this illumination to ABC as a shot over Hastert's and the House's bow. Hastert had been a huge faultfinder of W's displaced person pardon arrange that is sinking the organization like the Yamato off Okinawa. I thought about whether the organization was beginning to make dangers to prevent the vitriol originating from the House GOP against the pardon plan. Presently W seals the records seized from Jefferson. Could the ABC story, for example, it was, been the stick and the seal of the records been the carrot? Could that clarify Hastert's and Boehner's generally unforgivable reaction to the Jefferson seizure, that this was really a risk from W?

I have a tendency to not accept this insane hypothesis. At the same time I wouldn't have accepted the GOP would have occupied with any of the conduct we have affirmed, on unlawful migration and open debasement, either. Also, there is point of reference. Both Nixon and Clinton were known for abusing government organizations to target political foes.

Not that this at all makes them Dems any more electable. Their positions on national security and wrongdoing are despicable and basically self-destructive for each American. In any case this conduct by the GOP is beginning to achieve Bill Clinton profundities.
Posted by Katherine Martin at 01:23 No comments:

The term “morality” can be used either

2)      normatively to refer to a code of conduct that, given specific conditions, would be put forward by all rational persons.

Morality is the differentiation of decisions, actions, and intentions that are “good” and those that are “bad”. The ideology of morality is morals. A moral code is a system of morality and a moral is any one teaching or practice within a moral code. Morality may also be particularly synonyms with “rightness”, Immorality is the active opposition, while amorality is defined as an unawareness of, disbelief in and indifference toward any set of moral principles or standards. An instance of a moral code is the Golden Rule which states that, “One should treat others as one would like others to treat oneself.”
Posted by Katherine Martin at 07:28 No comments:

Cynicism, in its original form, refers to the beliefs of ancient school of Greek philosophers known as the Cynics. Their philosophy was that the purpose of life was to live a life of Virtue in agreement with Nature. This meant rejecting all conventional desires for wealth, power, sex, and fame, and by living a simple life free from all possessions. As reasoning creatures, people could gain happiness by rigorous training and by living in a way which was natural for humans. The first philosopher to outline these themes was Antisthenes, who had been a pupil of Socrates in the late 5th century BCE. He was followed by Diogenes of Sinope, who lived in a tub on the streets of Athens. Diogenes took Cynicism to its logical extremes, and came to be seen as the archetypal Cynic philosopher. He was followed by Crates of Thebes who gave away a large fortune so he could live a life of Cynic poverty in Athens. Cynicism spread with the rise of Imperial Rome in the 1st century, and Cynics could be found begging and preaching throughout the cities of the Empire. It finally disappeared in the late 5th century, although some have claimed that early Christianity adopted many of its ascetic and rhetorical ideas.
Posted by Katherine Martin at 02:09 1 comment:

Begoniaceae is a family of flowering plants with about 1400 species occurring in the subtropics and tropics of both the New World and Old World. All but one of the species are in the genus Begonia. The only other genus in the family, Hillebrandia, is endemic to the Hawaiian Islands and has a single species. Phylogenetic work supports Hillebrandia as the sister taxon to the rest of the family. The genus Symbegonia has recently been reduced to a section of Begonia as recent molecular phylogenies have shown it to be derived from within that genus.

Members of the genus Begonia are well-known and popular houseplants.
Posted by Katherine Martin at 04:51 No comments:

I haven't been following the Duke lacrosse team alleged rape case on this blog. I have been watching it on my own, however, with the fascination one has of watching a slow-motion train wreck. Via Hugh Hewitt, Mary Katharine Ham, Betsy Newmark and La Shawn Barber all have some interesting things to say about the case.

As you know, I almost always side with law enforcement, but the prosecution's case here appears to be appallingly weak.
Posted by Katherine Martin at 23:43 No comments:

Right now, the national Republicans are in such complete Chernobyl meltdown that I don't know where to begin discussing it.

1. The stance taken by W and the Senate on illegal immigration is simply inexcusable. Power Line rips it apart here. It's a threat to national security every bit as bad as al Qaida, or have you missed the "Los Angeles, Mexico" billboards and the Mexican flags in Los Angeles? A consultation requirement for Mexico before even a border fence is built (never mind the motion activated automatic machine gun turrets and Cylon centurions with Gatling guns that I want)? You're kidding me. The House Republicans looked to be salvageable in this regard but ...

2. The, uh, "baking soda" found in the fridge of Democrat William Jefferson has them cratering as well. The response of Dennis Hastert and John Boehner to the FBI search of Jefferson's offices is almost as inexcusable as W's position on illegal immigration. "You can't search us! We're CONGRESS!!!"

Of course, it was exactly this kind of thinking (see, e.g. House Post Office, check kiting, etc.) on the part of the Democrats that got the GOP elected to control of Congress in 1994 to begin with.

Yesterday, ABC reported that Hastert was now under investigation. That charge is now falling apart.

Now W has ordered the Jefferson evidence temporarily sealed. Captain Ed thinks it's a good idea. Wizbang does not. I tend to agree with Wizbang. The meltdown starts to become of China Syndrome proportions with these latest actions.

But this pattern of events is so bizarre that I'm starting to become a conspiracy theorist. My first thought when the Hastert story broke was that someone in the administration leaked this info to ABC as a shot across Hastert's and the House's bow. Hastert had been a big critic of W's illegal alien amnesty plan that is sinking the administration like the Yamato off Okinawa. I wondered if the administration was starting to make threats in order to stop the vitriol coming from the House GOP against the amnesty plan. Now W seals the documents seized from Jefferson. Could the ABC story, such as it was, been the stick and the seal of the documents been the carrot? Could that explain Hastert's and Boehner's otherwise inexcusable response to the Jefferson seizure, that this was actually a threat from W?

I tend to not believe this crazy theory. But I wouldn't have believed the GOP would have engaged in any of the behavior we have confirmed, on illegal immigration and public corruption, either. Plus, there is precedent. Both Nixon and Clinton were known for misusing federal agencies to target political enemies.

Not that this in any way makes them Dems any more electable. Their positions on national security and crime are contemptible and simply suicidal for every American. But this behavior by the GOP is starting to reach Bill Clinton depths.

Posted by Katherine Martin at 21:53 No comments:

Steve Schippert (via Wizbang) and Belmont Club. Hint: the curent debate on the WoT is not on how to defend America, but on whether to defend her. Belmont Club asks:

The treatment given Lieberman and McCain raises the question of whether it is possible to build a consensus policy on the war against terror. Is there any political figure willing to fight terrorism in a minimally effective way who will not be targeted and vilified by a substantial percentage of one of America's major political parties -- and perhaps by its press and "intelligentsia"?

Posted by Katherine Martin at 21:52 No comments: